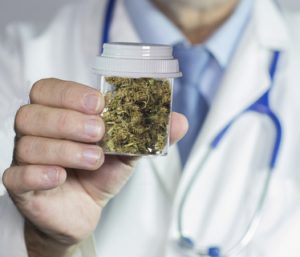 Other users experience no aphrodisiac effects whatsoever from stimulant drugs. Studies indicate that approximately 40–50% of male stimulant users and 20–30% of female users experience aphrodisiac effects from cocaine or methamphetamine. Reasons for this gender discrepancy are unknown. Once the link between sex and stimulant drug abuse and dependence has been established, sexual activity of any kind can become a strong relapse trigger for stimulant use.

Similarly, stimulant use can trigger a return to drug-related hypersexual behaviors. It can be very hard to break out of this “reciprocal relapse” pattern in which one addictive behavior reliably leads to engaging in the other behavior. Many stimulant users try to stop using the drug without discontinuing their previously drug-related sexual escapades – an effort likely to fail because of the extraordinarily powerful conditioned associations that develop between drug use and sex.

Individuals who have acted out sexually under the influence of stimulant drugs often feel extremely embarrassed, guilty, and reluctant to discuss it without the sensitive prompting of a knowledgeable and non-judgmental addiction specialist. Even then, these sensitive issues may require time in addiction treatment before the individual is willing to have an open dialogue about drug-related sexual behaviors. An assessment questionnaire can help to identify the extent of the connection between drug use and sexual behavior.

Chronic use of cocaine or methamphetamine, especially in large doses, often impairs sexual performance in both men and women, but nonetheless may continue to heighten sexual desire and fantasies. The resulting frustration from not being able to achieve sexual satisfaction often drives individuals to engage in increasingly intense and/or unusual sexual behaviors. Erectile dysfunction and inability to orgasm are common due to chronic stimulant use leading, in recent years, to increasing use of sildenafil and other PDE5 inhibitors to help alleviate stimulant-induced sexual dysfunction.

Get in touch to learn more about your options changing your relationship with alcohol or other substances. You can call or fill out the contact form.

Information provided on this form is held strictly confidential and will not be added to any database or mailing list.