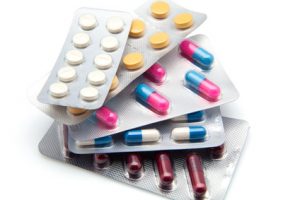 This spring, there have been many reports of deaths caused by fentanyl overdose. Included among them is the death of Prince.

In one month in March, twenty eight people died from a fentanyl overdose. Fentanyl was reported to have been mixed in to pills that appeared to be norco, and sold on the black market.

Fentanyl is a synthetic opiate. It is a quick acting drug than can be prescribed in many forms, and was widely poplar in cancer treatment and palliative care.

There is a misconception that taking fentanyl, an opiate, is a “safer” choice than taking a more seemingly dangerous and illegal drug, such as heroin. However, this is a dangerous assumption to make.

Fentanyl’s immediate affect on the respiratory system – it slows your breathing – puts those who take it at risk of sudden death.

Are you at risk for fentanyl overdose?

Recently, fentanyl has been sold in prescription pills sold on the black market. Fentanyl content is not reported on the label, putting consumer at risk of dealt from a fentanyl overdose.

If you are relying on opioids sold on the black market, you may be ingesting fentanyl without being aware of it.

Get help for fentanyl addiction

If you are struggling to stop a fentanyl dependence, there is hope. Naxolone, an anti-overdose drug is successful if given in time.

You can get help battling an addiction to fentanyl, norco, and other opioids.

Call now to speak to Dr. Washton, addiction psychologist, or just fill out the contact form and click Send.

Information provided on this form is held strictly confidential and will not be added to any database or mailing list.